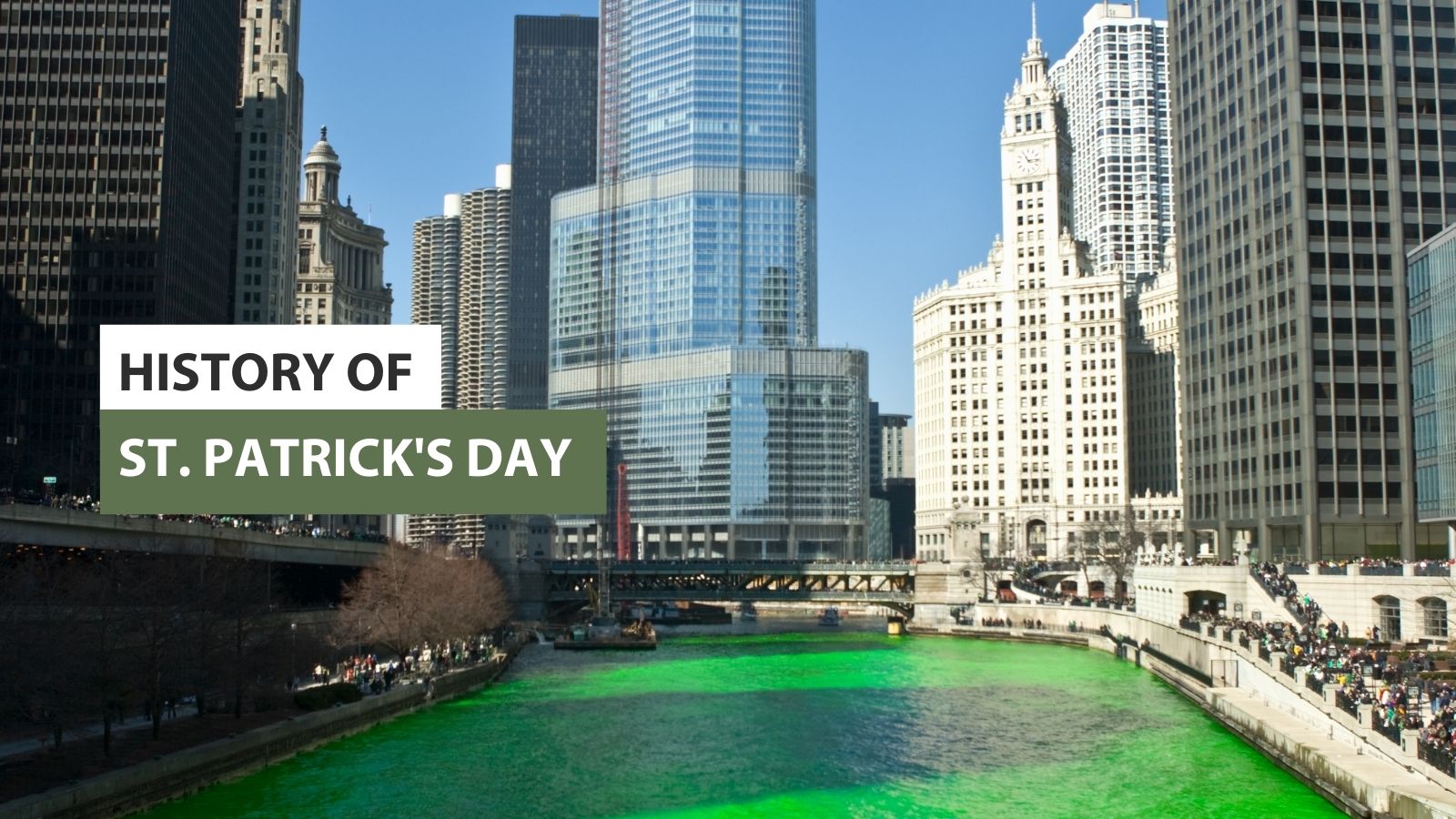 On Saint Patrick’s Day, towns hold festive parades, people head to restaurants to dine on Irish fare, children pinch each other if they don’t wear green, and everything from beers to milkshakes turn the color of shamrocks. Wondering about the roots of these celebrations? Then, take a look at this brief history of Saint Patrick’s Day.

Saint Patrick was born in Britain near the end of the 4th century, and at age 16, he was kidnapped, enslaved, and taken to Ireland. During his captivity, he spent a lot of time outside herding sheep. Scared and alone, he turned to his faith for comfort.

Eventually, he escaped and returned to England, but just a few years later around the year 432, he returned to Ireland where he worked on converting Irish pagans to Christianity. He died on March 17th around the year 460, and his death day has become an important celebration for Irish people around the world.

The History of the Shamrock

In modern use, the shamrock has evolved past these roots, and now, people of all beliefs use shamrocks to decorate bars, classrooms, restaurants, retail stores, and all kinds of other places as they gear up for this festival holiday.

Snakes, Saints, and Other Legends

Some of the most famous stories about Saint Patrick cannot be verified by history, and scholars believe these stories are rooted in oral culture and storytelling. Most significantly, Ireland has no snakes, and Saint Patrick has been credited with driving them out of the country.

Additionally, Saint Patrick was never formally canonized as a saint. Although the Catholic Church has a detailed canonization process, it was not in place during the first millennium.

Saint Patrick’s Day started converting to its current form about 1300 years after Patrick’s death. When Irish immigrants came to America, they tried to stay in touch with their heritage by celebrating Saint Patrick’s Day. In fact, the first recorded Saint Patrick’s Day parade on American soil was in 1737 in Boston — that’s nearly 40 years before the birth of this country.

In 1762, New York City started holding a Saint Patrick’s Day parade, and year after year other cities followed suit. Some cities like to go above and beyond the usual fanfare, and in fact, Chicago has dyed its river green every Saint Patrick’s day for over 50 years.

In recent years, the holiday has spread back to Great Britain and Ireland, but it is not as popular as it is in the United States. In fact, many of the celebrations in Ireland are designed specifically for tourists rather than as a true reflection of Irish culture.