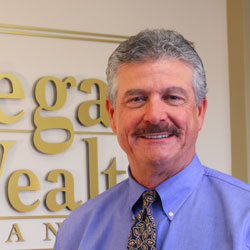 During the last few trading days, U.S. and European equity markets have been weak – but not today. The Dow 30 Industrial Average is currently up 250 points on the day (Wednesday) and is trading at 18,014. European markets are also higher today. Look at Germany’s DAX index – it is up over 3% today.

Interest rates have been trending higher recently. The 10 year Unites States Treasury Bond was paying 1.85% April 2nd of this year and it is now yielding 2.48%. As you probably know, when interest rates rise, bond prices decline. This recent trend of rising interest rates may continue as it is considered probable that the Federal Reserve will decide to start raising rates in response to our strengthening economy. Some projections suggest this month (June) or September may be the Fed meeting months when a rate hike may occur. Most analysts expect a relatively small increase in rates because the Fed will not want to disrupt this recovery, if possible.

Energy prices are rising today. The American Petroleum Institute (API) released a report yesterday that U. S. inventories showed a much weaker fall in crude stocks than expected. Additionally, the report revealed that U.S. oil production growth was leveling off after several years of very sharp increases. Brent crude prices have recently climbed $1.48 to a two – week high of $66.36 a barrel.

Last week, the Federal Reserve released the “Beige Book”. It is a qualitative assessment of the U.S. economy and each of the 12 Federal Reserve (Fed) districts. The data suggests that the U.S. economy is still growing at a pace that is at or above its long term trend, and that some upward pressure on wages is beginning to emerge. The “Beige Book” noted that employers were having a difficult time finding qualified workers for certain skilled positions, therefore the wage pressure for particular industries and occupations. In the past, these characterizations of labor markets have been a precursor to more prevalent economy-wide wage increases.

We will watch the June 16 – 17 Federal Open Market Committee (FOMC) meeting with great interest as we see how  they talk about raising rates or the prospects of raising rates. Remember, raising interest rates is the tool used by the Federal Reserve to tap the brakes on the economy. The goal is to keep inflation in check, but not slow the economy too much. This is a delicate dance that they play and equity markets are always concerned the Fed will raise interest rates too soon or too much and slow the economy more than they intended. We will have to see how this plays out over the next few months and how the markets respond.  – Mark

The opinions voiced in this material are for general information only and are not intended to provide specific advice or recommendations for any individual. No strategy assures success or protects against loss. Some of this research material has been prepared by LPL Financial. The Standard & Poor’s 500 Index is a capitalization weighted index of 500 stocks designed to measure performance of the broad domestic economy through changes in the aggregate market value of 500 stocks representing all major industries. Referenced material: LPL Financial Weekly Economic Commentary and LPL Financial Weekly Market Commentary, both dated June 9, 2015, along with Hays Advisory- Hays Market Outlook, dated June 4, 2015. Reference Tracking #: 1-391162